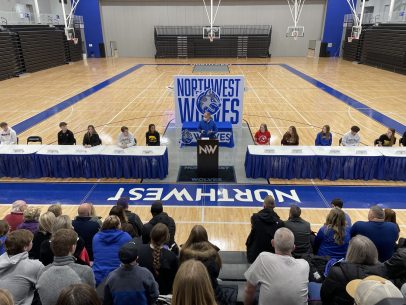 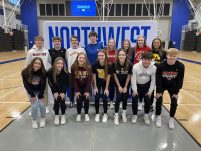 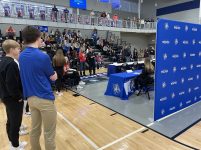 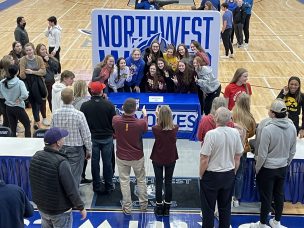 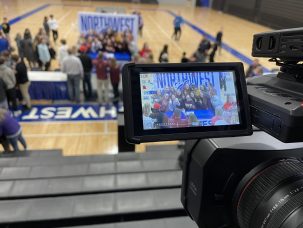 Alyssa Bird is signing to play lacrosse at Davenport University. She plays for the combined Waukee Northwest/ Waukee/Valley Girls Lacrosse team where she has been a 3-year starter, earning all conference recognition in all 3 years. She received USALacrosse All-American honors her junior year. Bird is a 3-time letter winner (one track and field, two cross country).

Devin Doyle will be playing baseball at Grandview. In his junior campaign, Doyle was 2-0 with a 1.24 ERA, averaging 1.3 strikeouts per inning. Doyle also received a varsity letter during his junior season.

Sierra Franklin is heading to the softball team at Simpson College. Franklin received two varsity letters on the diamond.

Griffin Gammell will be wrestling at the University of Virginia. Gammell is a multi-sport varsity letter winner in football and wrestling. He is a two-time state runner-up in wrestling and the first wrestler in Northwest High School history to win 150 matches.

Jacob MacBeth will be playing soccer for McKendree University. MacBeth is a four-time varsity letter winner. He helped Waukee to the 2019 state championship.

Annie McDevitt is heading to Missouri Western University to play soccer. Annie has received three varsity letters. She helped Waukee earn a trip to the state semifinals as a junior.

Sam McDevitt is signing to play soccer at Wartburg College. Sam has also received four varsity letters in high school. As a junior, Sam finished the season with seven assists and two goals.

Anthony Watts will be joining the baseball team at Creighton. He is a two-time varsity letter winner on the diamond. He was 5-2 with a 1.98 ERA during his junior season.